This is ‘Technische School Linkeroever’, an abandoned technical school in Antwerpen. The school was demolished after a fire and a new apartment buildings is situated here at the present time.

Linkeroever, literal translation; left river bank, is an area in the city of Antwerpen, on the left bank of the river Schelde. It’s a strange sight, a jet-fighter in the yard of this school. The old, rusty and overgrown plane is in fact an F-84F Thunderstreak. These types of fighters were made in the early 1950’s. This one was stationed in Florennes for the Belgium air force. The color scheme, both green and brown, tells us this plane was active after 1967. To explain, older fighters have grey and green colors. The fighter plane was eventually removed from service after 2514 flying hours in 1972. It was later used as decoy plane in the cold war and eventually moved to the school in 1988.

The school was a technical school for secondary education. It had classrooms for carpentry, electrical and construction lessons. Early 2007 the building was lost in a fire. One homeless person lost his life in the flames. The jet-fighter was saved and was moved to the Polish Aviation Museum. I visited the ‘Technische School Linkeroever’ in 2007. Follow this link for more abandoned schools. 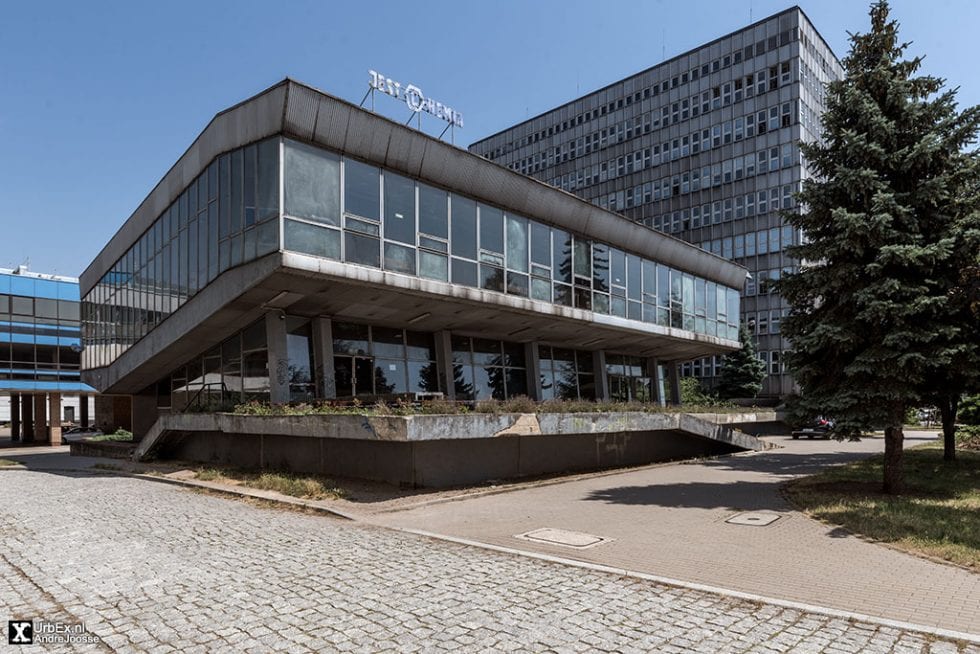 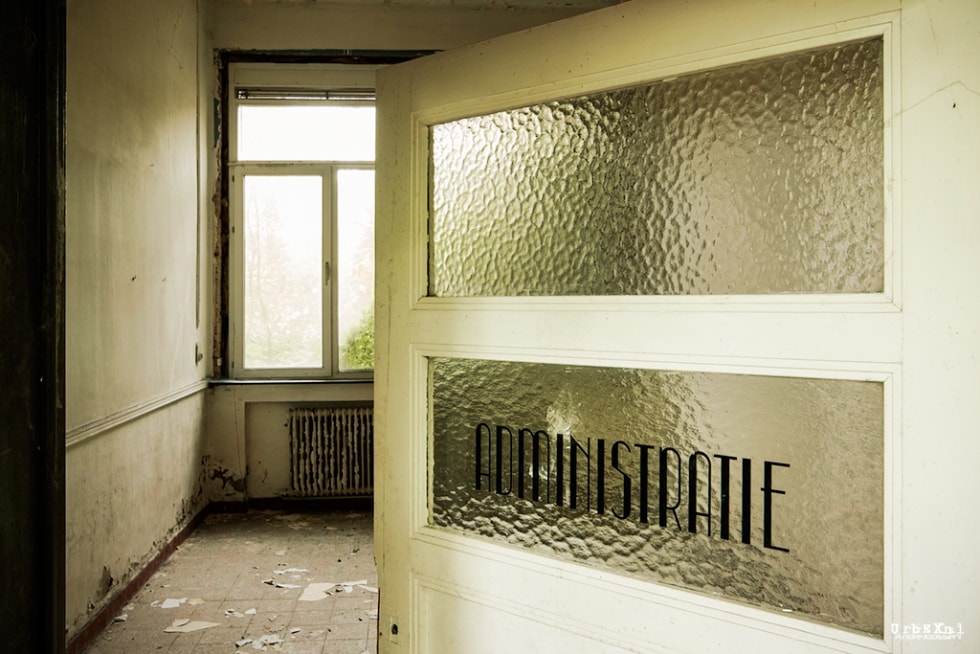 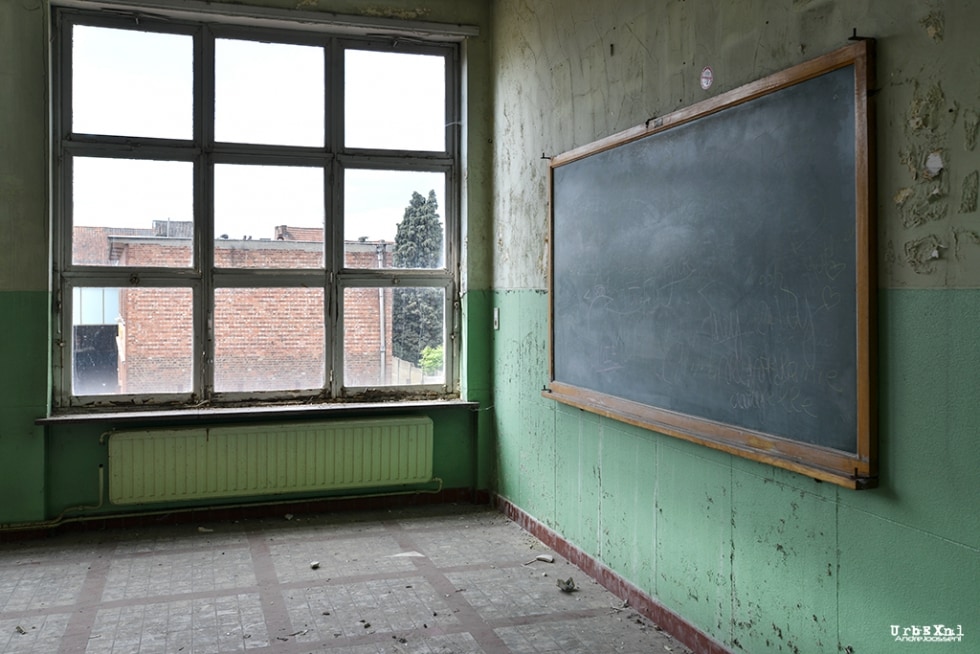