Bergwerk Westfalen is an abandoned coal mine. The first drill for coal started in the early 1900s. The site was abandoned in 1999.

After the first successfull test drillings in the area close to ​​the city of Ahlen in 1901, this mine was built without delay.

During the Second World War, foreign workers and prisoners worked here until 1944. During an air raid on March 23, 1944, almost thousand bombs fell on the colliery. 193 people die, more than 250 are injured and around 600 are left homeless. More bad news followed in 1946. During the reconstruction work, the entire mine site flooded because of the high water in the river Werse. As a result large amounts of water filled the underground network.

While already numerous coal mines in the Ruhr area were shut down, the drilling of the shaft 6 began in September 1962. Eventually the owner Ruhrkohle AG announced in 1991 that the coal mine would be closed in 1999. In 1994 the already closed shafts 3, 4 and 5 were demolished. The remaining shafts 1, 2, 6 and 7 were filled in 2001. Meanwhile the surface facilities and shaft 6 were also demolished that year. In 2004, Projektgesellschaft Westfalen bought the ‘Lohnhalle’ and ‘Waschkaue’ buildings and converted it into a newly-used commercial center. For almost 100 years, the Zeche Westfalen was the engine of the economic development of the city of Ahlen and the largest employer of up to 5500 people. I visited Bergwerk Westfalen in 2016. Follow this link for more abandoned coal mines. 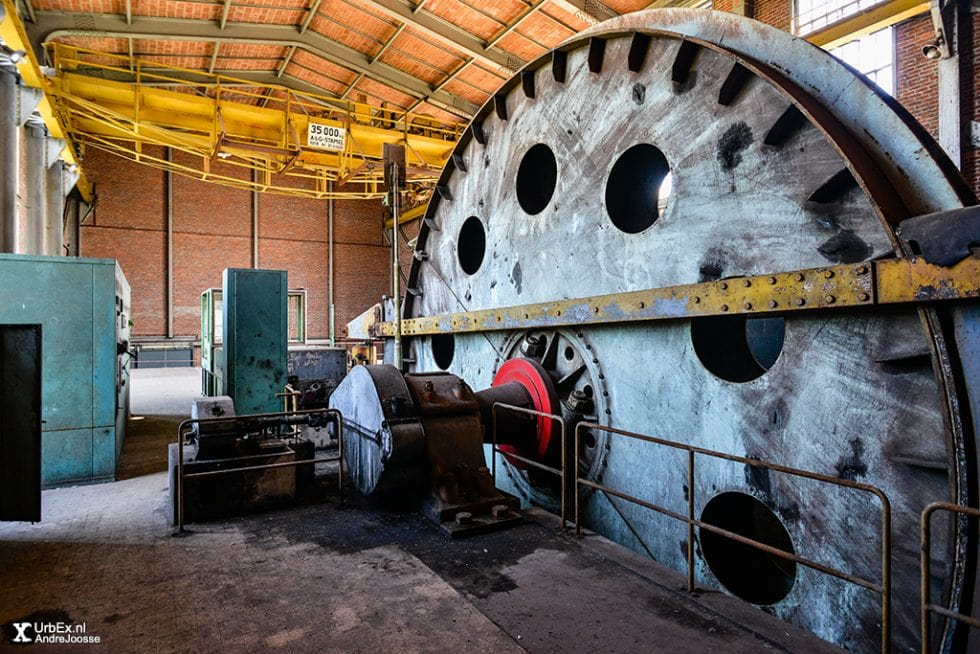 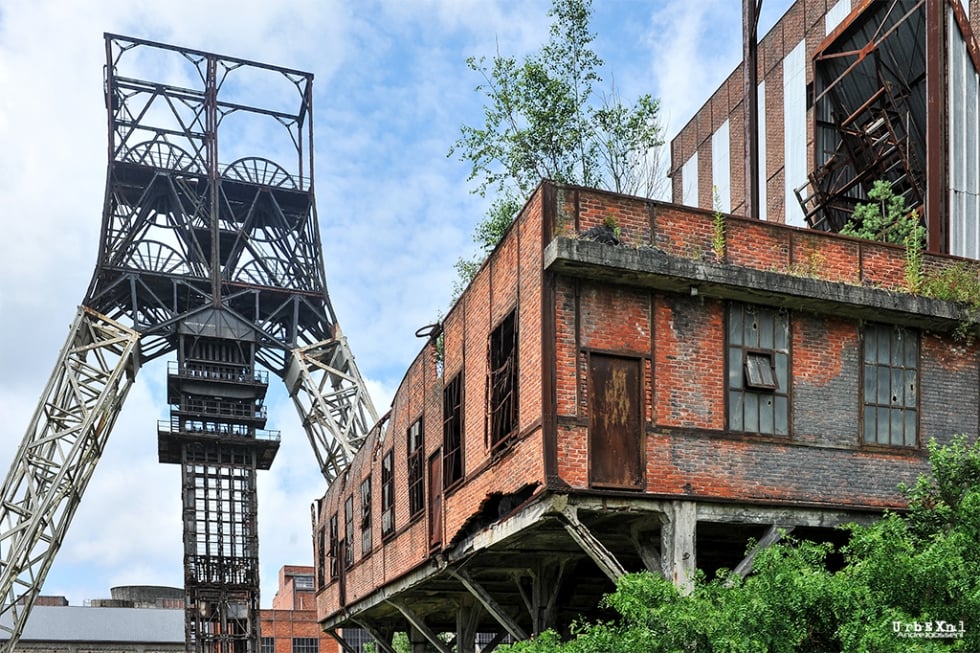