THE ABANDONED CRYSTAL WORKS IN FRANCE

‘Cristallerie de Hartzviller’ was an abandoned crystal factory in a small French town Hartzviller situated in the heart of the Bièvre valley. The hand-made products were famous around Europe. The factory was built in 1932, closed in 2004 and was eventually demolished in 2019.

The French region Lorraine is the birthplace of French crystal industry. Following the social tensions caused by the crisis of 1929, some glassmakers at the Vallérysthal crystal factory decide to found the Hartzviller glassworks, eager to showcase their French know-how to its true value.

The first furnace of the glassworks was installed in 1931. The production of glass eventually began in 1932 with a workforce of 150 skilled craftsmen. Since then, a team of 60 workers of the crystal works use traditional skills to design and create hand-blown and shaped crystalware for home and table decoration.

Manufacturing by hand allows modern designs to be produced both in large quantities and in small series for internationally famous Parisian hotels like the Ritz, the Plaza Athénée and Le Crillon. But also restaurants as Pierre Gagnaire. Wine glasses, goblets, mugs, champagne flutes, decanters, the production range was wide and also varied. Each object is decorated with hand-engraved and polished designs which reflect the light in their many facets.

At the start of the Second World War production was suspended. It would not resume until 1941, following tough negotiations. Production went back to normal in 1945, with very damaged production tools. The factory expands and sees the arrival of a new oven in 1951. Hartzviller was then known throughout the world for the quality of its production.

Hartzviller had to deal with low-cost foreign production, as a result the factory went bankrupt in 2004, about 39 employees lost their job. The photos of this abandoned ‘Cristallerie de Hartzviller’ were taken in 2016. Demolition work began in July 2019 and ended in September. A decontamination team accompanies the operation, they were responsible for asbestos removal as well as soil remediation. Follow this link for more abandoned glass industry. 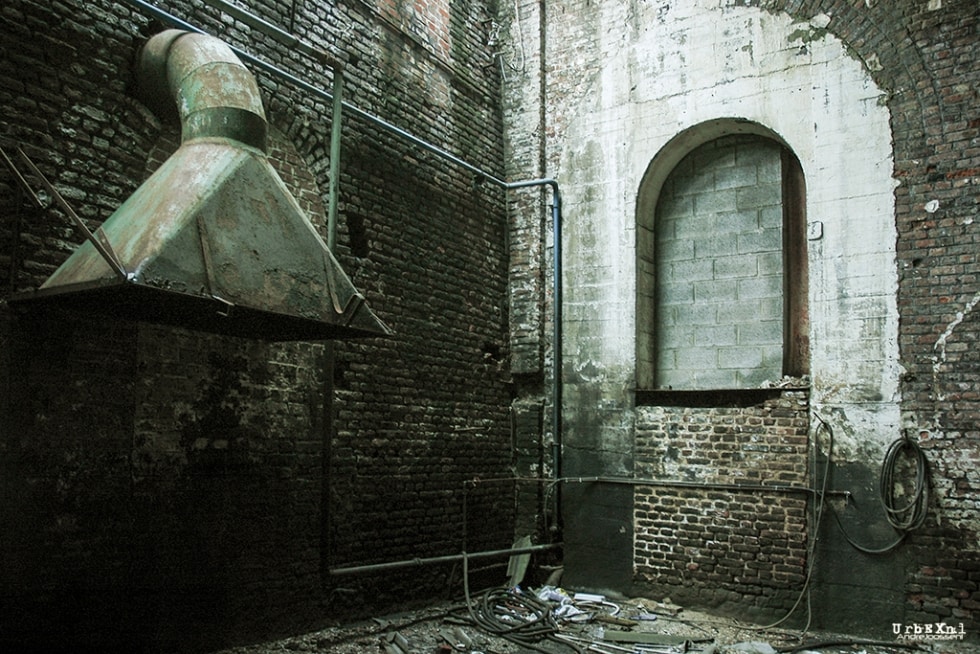 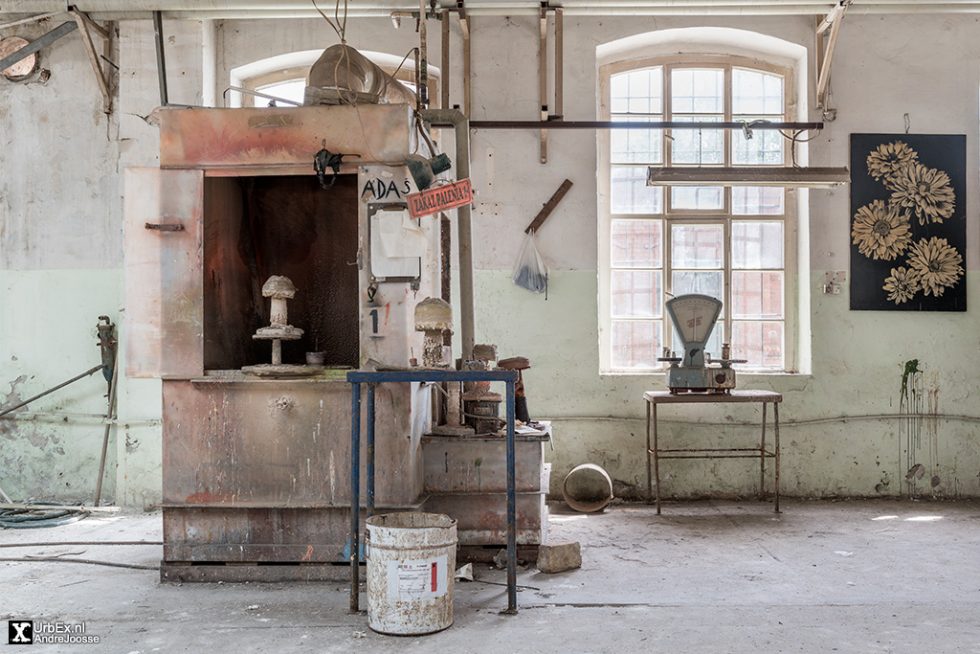 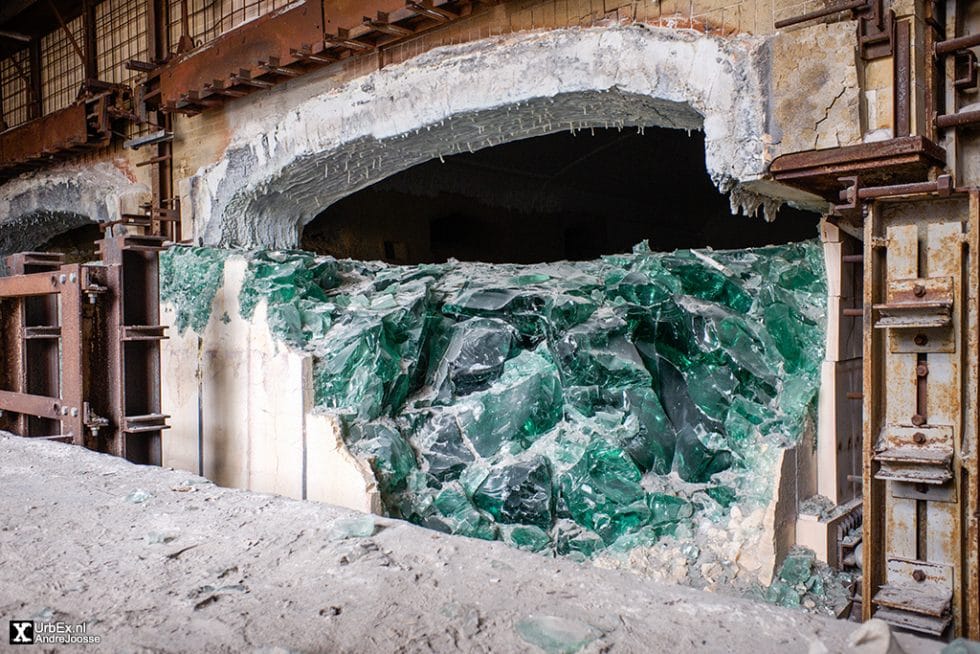